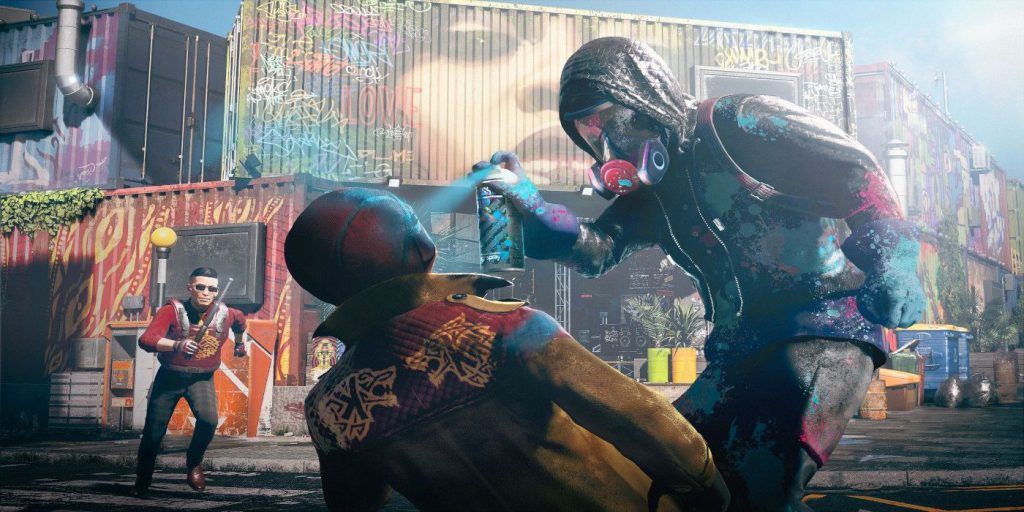 Watch Dogs Legion launched in October 2020 and saw players taking control of a hacker group fighting back against a futuristic tyrannical government in the United Kingdom. Now, developer Ubisoft has detailed the first major update coming to Watch Dogs Legion tomorrow, May 4.

Watch Dogs Legion launched with an innovative new mechanic that allowed players to recruit and control any NPC they came across in the game, with every character having a background, full voice acting, and unique abilities based on their history. The coming update brings new content both for players who purchased the game’s season pass, as well as for Watch Dogs Legion‘s online co-op mode.

The update comes as the first part of Watch Dogs Legion‘s announced roadmap of new content, with its first major addition giving season pass owners a new character named Mina Sidhu. Mina is unique in that she is able to use mind control to allow players to take over enemies. The trailer shows this power being used both to take control of a guard and make them takedown a guard standing next to them, as well as Mina sending out a blast that stuns enemies around her. Season pass owners will also be getting access to the new DedSec mission titled “Swipe Right” that sees the player infiltrating a smuggling ring in an ancient Egypt-themed setting to gain intel on an ancient artifact.

For players with or without the season pass that play Watch Dogs Legion‘s online co-op mode, three new missions are being added to the mode, as well as five new assignments. The video also states that players will now have access to two new gadgets in co-op, but only shows off the new Point Defense Drones that seem to create an energy barrier that allows players to shoot through it while blocking enemy fire. The update will also add two new character archetypes for co-op as well as single-player, the First Responder and the DJ.

The update looks to bring a lot of new content for Watch Dogs Legion players. The new characters will definitely help shake up how players approach missions in single-player and online co-op, and the addition of new missions to the online mode will help make sure players have plenty to do in the mode. Of course, this is only the start of the game’s announced roadmap, so it will be great to see just what else is in the title’s future, like Watch Dogs Legion‘s future Assassin’s Creed crossover.