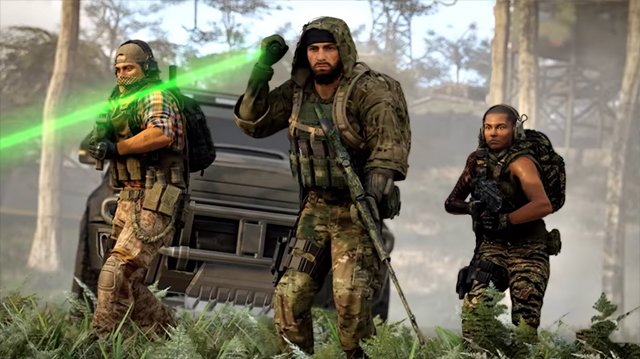 After announcing the game earlier this month, Ubisoft has decided to postpone the Closed Test for Tom Clancy’s Ghost Recon Frontline. No official reason was given outside of wanting to create “the best experience possible.”

We have an important message regarding Ghost Recon Frontline’s Closed Test. pic.twitter.com/ne1VgOLMJF

Taking to social media on Wednesday, the official Twitter account for the upcoming battle royale shared the news, stating that a new date for the test would be shared at a later time.

“We have decided it is best to postpone the Closed Test for Tom Clancy’s Ghost Recon Frontline,” the company said in the statement. “The development team is dedicated to creating the best experience possible. We’ll share details on the new date for the Closed Test as soon as we can. Thank you for your ongoing support.”

And while no reason was given, there’s speculation that it has to do with how the community received the game. Both trailers on Ubisoft’s official channel have significantly more dislikes than likes. The full announcement has over 18,000 dislikes compared to roughly 4,900 likes while the reveal trailer has about 4,200 dislikes compared to around 1,200 likes. Many of the commenters are criticizing the battle royale nature of it, lack of campaign, its perceived lack of tactical gameplay, and more.

RELATED: Far Cry 6 Review: A Solid Evolution, Not a Revolution

Ubisoft revealed the Frontline during a 20th Anniversary Showcase stream that premiered earlier this month, and announced it was being developed by Ubisoft Bucharest. And while it will feature a variety of multiplayer game modes, the biggest one is its battle royale mode.

Called Expedition, this mode will split up 100 or so players into teams of three, and drop them onto a giant map called Drakemoor to compete against one another. On the map, players will have to collect various intel before calling for extraction from the map. Of course, this will attract other players to the area, leading to fights amongst teams looking to steal the intel. There will also be smaller and more casual gameplay modes, too, like a deathmatch arena or some sort of objective-based Domination mode.

MORE: Tetris Effect on Switch Trades Nearly Nothing for Its Portability

Ghost Recon Wildlands, which came out in 2017, also meddled in battle royale with its final update as it added a Mercenaries mode with battle royale elements. However, it only supported up to eight players.