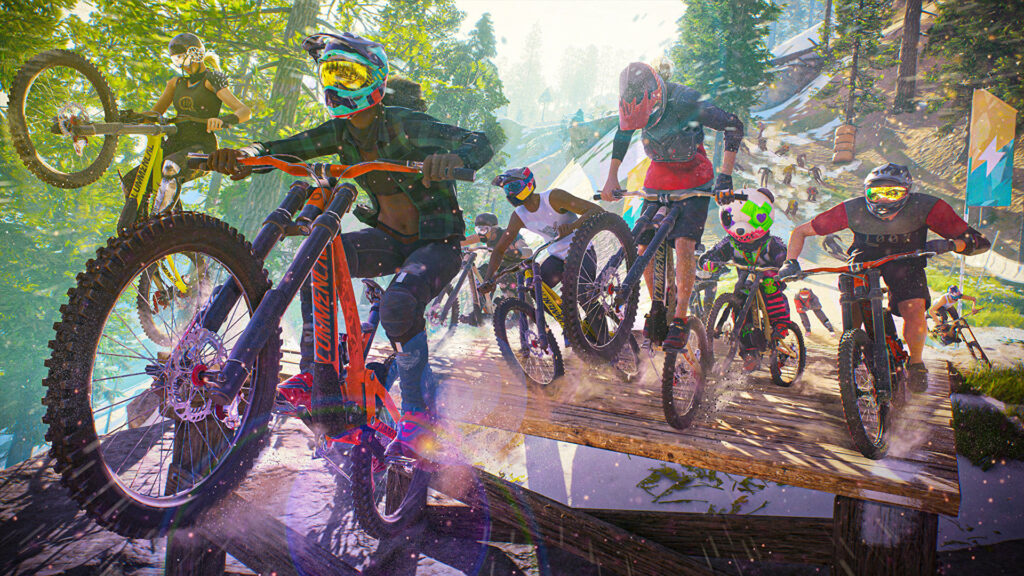 E3 isn’t really E3 anymore, not now there’s no physical event and it mostly consists of livestreams orchestrated independently by various publishers. And yet, for convenience’s sake, let’s keep using the name to refer to the loose collection of announcements bound to happen from June 12th to 15th.

Perhaps I should be interested in a new mainline Rainbow Six game, or a second chance to glimpse Far Cry 6’s macarena gun, but it’s Riders Republic that interests me most. It’s an extreme sports racing game with events that combine biking, gliding, snowboarding and more. I long for some sort of SSX successor and Steep wasn’t it, so I’m pinning my hopes here. At the very least it looks like it will let me fall down a mountain.

Ubisoft also say that Forward will bring news of updates to their range of recent games, including For Honor, Trackmania, Watch Dogs: Legion, Rainbow Six Siege and Assassin’s Creed Valhalla. That’s a lot of games and potentially a lot of DLC. Treating their games like live services is going to be a bigger part of Ubisoft’s business in future.

You can watch the entire stream online at Twitch and YouTube. I hope it still opens with a big dance number, which traditionally one of the best parts of E3. You can also find details of where to watch every E3 show on our E3 2021 schedule.