Home » Undying is a game about a mother and her son, releasing on Steam soon

Undying is a game about a mother and her son, releasing on Steam soon 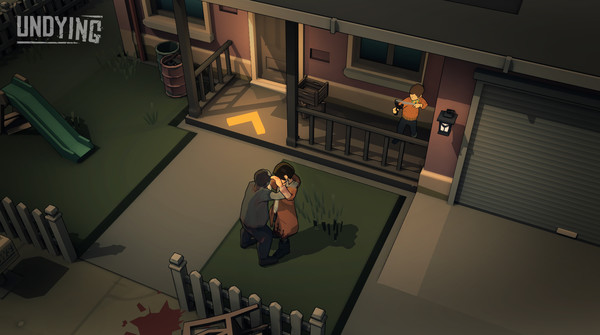 Zombie apocalypses always lend themselves to the best kind of stories, with some of the best potentials for human drama. In Undying, that source of human drama comes from the last bonds between a mother and a child. When the mother, Anling, is bitten, she must take the last moments of her life to train her son, Cody, for the apocalypse. It’s the last chance the two will be able to bond with each other. And for what it’s worth, my tissue box is at the ready for when Undying releases on Steam Early Access later next week.

Undying is a mix of a traditional survival game and a story-driven experience. In the pair’s final days, you’ll do the usual crafting, scavenging, and fighting off the undead. Along with upgrading skills, creating the right materials, and surviving the apocalypse, you’ll need to take Cody to safety before it’s too late. All the stress of surviving is amplified through the game’s emotional core, which is bound to make a magical experience.

Undying features a unique skill system that combines Anling and Cody’s actions, which should factor well into the game’s combat. There’s both ranged and melee combat, and as the game progresses, Cody will get stronger as he absorbs your motherly wisdom. You can see a glimpse of the combat in the game’s trailer, and even see Cody’s growing confidence as he wields a gun of his own. Cody seems to be controlled by an AI, so hopefully, that works out okay.

Apocalypse games like The Last of Us and The Walking Dead have become an ingratiated part of the gaming world. Hopefully, Undying’s story can compete with the best of them, despite being a smaller game. Undying will have an early access period on Steam starting on October 19. Before experiencing the game’s early access, however, you can actually download a demo of the game right now for free.