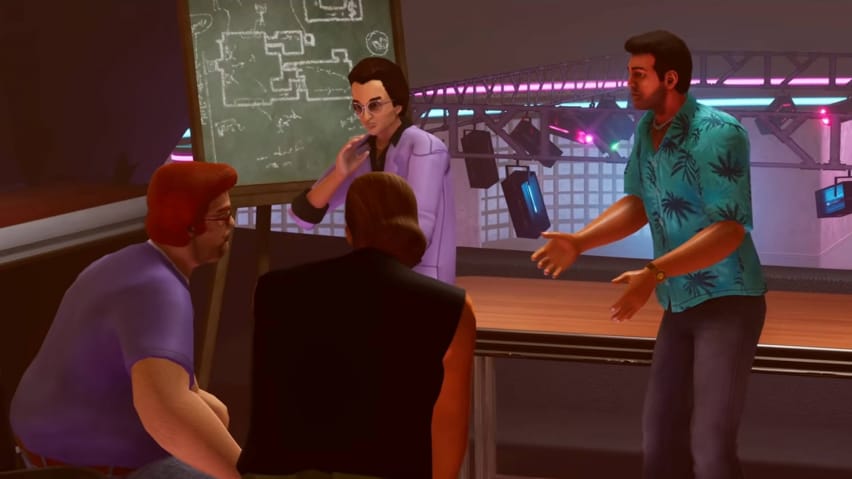 An unfinished GTA Trilogy VR mode has apparently been discovered buried within the game files of Grand Theft Auto: The Trilogy – The Definitive Edition, giving us an early look at what appears to be a rough version of GTA: San Andreas VR.

It’s well known by now that the launch of Grand Theft Auto: The Trilogy – The Definitive Edition hasn’t been so great — it was bad enough that Rockstar Games ultimately apologized for the state of the game on launch.

Quite a few fans were surely disappointed by the sorry state of the GTA Trilogy, but that wasn’t the only edition of the game in development; earlier this year, Mark Zuckerberg announced that GTA: San Andreas VR was coming to the Quest 2. Now, it looks like what may be test code or an early version of this VR port has been discovered in the GTA Trilogy via a debug mode.

There is a debug Unreal command for GTA VR but it looks a little bit unfinished. Maybe it would be cool if they implemented this as a first-person option? It plays pretty well. Gunfights and punching will need tweaking, would be super cool for screenshots! pic.twitter.com/pxq5ivwGOA

The Unfinished GTA Trilogy VR Mode Has Potential for Modders

Ben T. of Rockstar Intel detailed the discovery on Twitter, showing a rough version of a GTA Trilogy VR mode within Grand Theft Auto: San Andreas. It’s a little bit rough, but it seems to work well enough for what appears to be debug code.

“There is a debug Unreal command for GTA VR but it looks a little bit unfinished,” read the tweet from Ben T (via Reddit). “Maybe it would be cool if they implemented this as a first-person option? It plays pretty well. Gunfights and punching will need tweaking, would be super cool for screenshots!”

As Ben T notes, the existence of this debug mode has a lot of potential for modders to make a first-person game mode or their own take on VR gameplay; after all, you can access the debug console on the PC version of the GTA Trilogy with a simple mod.

Notably, all three of the games are likely in the same engine. We may very well see official releases of VR modes for the first two games in the 3D era trilogy — and even if we don’t, there’s a good chance that modders might be able to make it themselves anyway. You can take a trip down Nostalgia Lane (albeit with some bugs) by buying the GTA Trilogy for PC and consoles via its official website.

Would you want to play any of the GTA Trilogy games in VR or from a first-person perspective? What’s your favorite game of the trilogy? Let us know in the comments below!