Valkyrie’s ultimate is a bit broken in Apex Legends 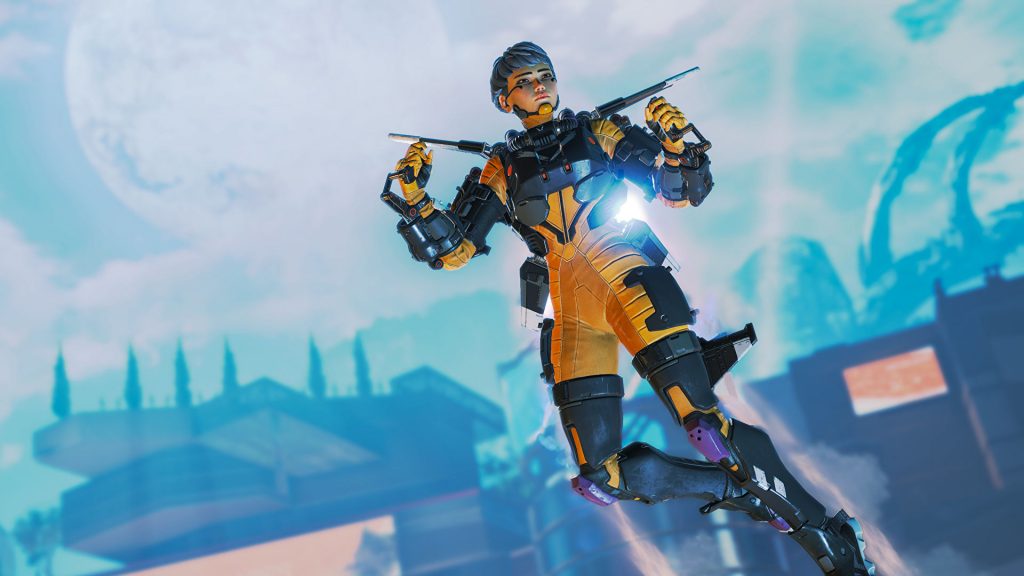 Ah, I do so love a fresh new glitch with the latest season of my favourite battle royale. Apex Legends‘ ninth season, Legacy, launched last night, and it came with its fair share of server woes. Those are mostly dealt with, but now players have had a chance to try out the new character Valkyrie, and some of them are finding her abilities have some interesting (read: completely broken) combos with other Legends. Namely, her ultimate keeps throwing her terrified squadmates under the map.

Valkyrie has some excellent abilities. First up, she has a jetpack. I don’t need to say more really, that’s the coolest thing, and also the thing currently causing havoc. Her ultimate ability lets her use this jetpack to zoom way up into the sky to get out of sticky situations, and once she hits the apex of that zoom, she falls into a skydive (like you would when first dropping into the Apex arena). The handy part about it is that she can grab teammates and bring them all up with her too – or launch them to their death beneath the arena, as a few players have discovered the hard way.


Possibly the best example of just how broken Valk’s ult is was posted on Reddit by user “JustaRandom0”. In this clip, the team tests if Revenant’s ultimate ability (which turns you into a wraith that absorbs damage) can combo with Valkyrie’s. At first, it kind of works – then the squad quickly devolves into frightened laughter as Valk drags her friends around the map, and ends up trapping Revenant beneath it.


It’s a similar story from “MinisterPoog”, “AffectedSun” and “CurleyBruh”, except there are no other abilities involved here. Their squads are all stood quite normally on the ground, before Valkyrie takes off and some of their teammates just… don’t go with them. They instead do a crazy little dash around in the skydiving animation, then die from falling out of the world.

It looks as though the common issue with all of these is when Valk goes into position to use her ult, it pushes her teammates’ feet below the map a little, which traps them and makes their flight paths go absolutely wild. Or if squadmates bump any geometry on the way up, it causes a similar issue. Here’s hoping Respawn will get around to fixing it soon – not too soon though, I’d quite like to try and replicate it myself first.