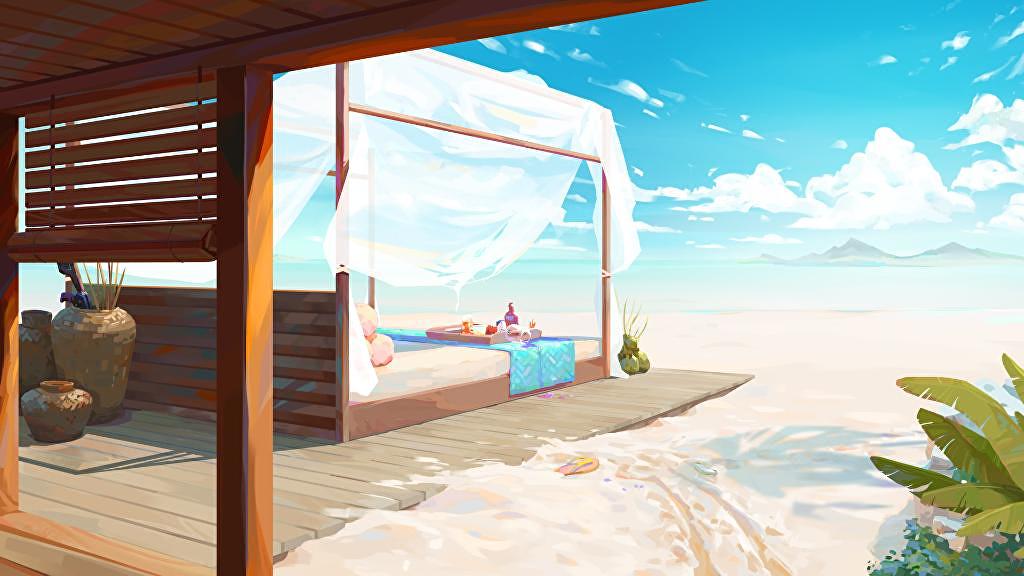 Lush sandy beaches, bright blue skies, a cool fort to take sweet photos next to and show off to all my pals: man I wanna go on holiday, but my excursions these days don’t go much further than the local supermarket. I’ll be able to get a small taste of such a lovely location in Valorant next week though, because the game is adding a new map named Breeze, which is set on a gorgeous remote island in the Carribean.


On Tuesday the 27th of April, Breeze will drop into the map rotation in Riot’s tactical FPS. It’s an island somewhere in the Bermuda Triangle, complete with an old fort, some ominous techy structures, and delightful sea views.


“After the cold, angular world of Icebox, we were really excited for the open, bright, colorful world of Breeze,” the devs say in a press release, and I couldn’t agree with them more. I’m not the biggest fan of Icebox, I often find myself getting frustrated when enemies hold annoying angles because so much of the map is in small, enclosed spaces. Breeze, on the other hand, looks really open, with wide choke points and fewer tight corners to get stuck in.


I’m also pretty stunned by how colourful it is. My main gripe with Valorant is how boring some of the maps look – three of them are just big dusty brown places that all look so similar I can never remember their names. But Breeze actually seems vibrant and different, and I’m quite excited just to have a little wander around it in a custom match.


Breeze arrives on the 27th alongside Episode 2 Act 3, which also brings a new battle pass and a pricey new set of gun skins. The pass will set you back 1000 Valorant Points (which costs £10/$10), and you’ll be able to earn some gun skins, charms and other cosmetics.


The eerie-looking Forsaken set will be available to buy in the in-game store, offering new looks for the Vandal, Spectre, Operator, Classic and knife. To get the whole bundle it’ll cost you 7100 VP (which would cost you at least £70/$70, oof).