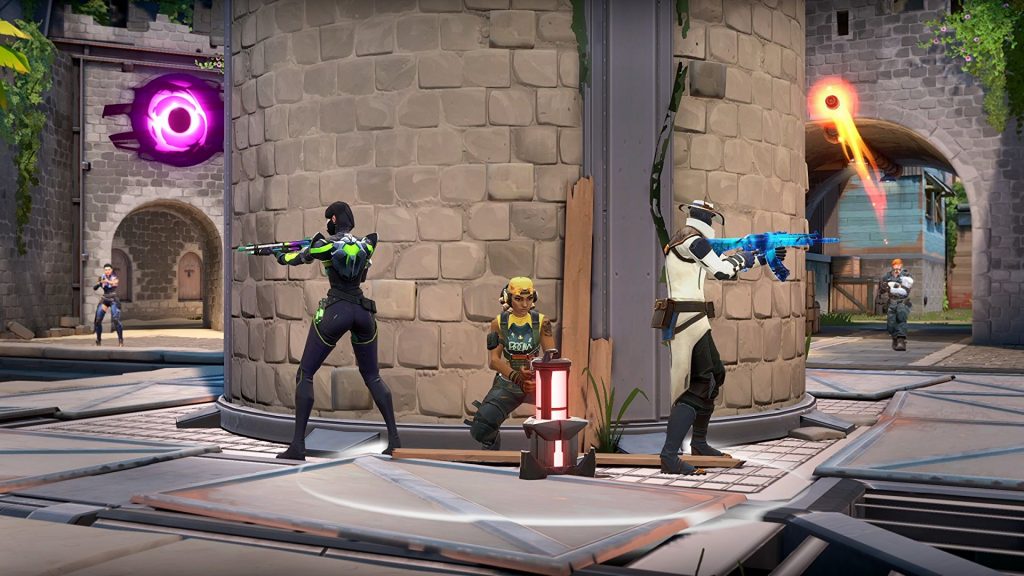 It’s time to take a trip to the bright beaches of the Bermuda Triangle – not in real life, I don’t think I’d ever want to go to that spooky place. But in Riot Games’ tactical FPS Valorant, it’s the delightful setting of the new map Breeze. Moving well away from the cold corridors of Icebox, Breeze is a lush seaside location complete with a historical fort, wide open spaces for relaxing (or fighting), and some ominous techy pyramids. It’s out right now, alongside a new battle pass and some pricey gun skins in Episode 2 Act 3.


I played Breeze during a preview event and found it refreshing to finally have a Valorant map with some colour. I also very much enjoyed the random trap door down one of Breeze’s corridors. I don’t fully understand its purpose yet, but it’s fun, and that’s what really matters.


For the next two weeks, you’ll be able to play in a Breeze-only unrated mode to try out the map before it shuffles into rotation with all the others. Breeze won’t be in the normal unrated or competitive modes during this time, though it will be available in Deathmatch, Spike Rush, Escalation and Custom games.


In previous acts, Valorant’s battle passes have been a bit naff, but the new one for Episode 2 Act 3 has some pretty decent stuff in it (and it’s the first time I’ve actually been tempted to buy one). It costs 1000 Valorant Points (which will set you back £10/$10), and by levelling it up you can earn gun skins that have a cool underwater scene in them.


The new buyable gun skins are the Forsaken line, which has an eerie green look for the Vandal, Spectre, Operator, Classic and knife. It’ll cost you 7100 VP for the whole bundle though (which would cost a whopping £70/$70).


There are a few other minor updates for this act which you can check out in the patch notes, but one worth mentioning is that Riot have added reporter feedback. This means that when someone you reported in Valo has any action taken against them, you’ll be notified. It’s nice to have this sort of feature so you know your reports aren’t falling on deaf ears.


Breeze is available to play in Valorant right now, but do be warned that this update is causing some players’ PCs to crash. According to Riot it seems to be a problem with their Vanguard anti-cheat, and uninstalling and reinstalling it should be a temporary fix. They say something more permanent is on the way.