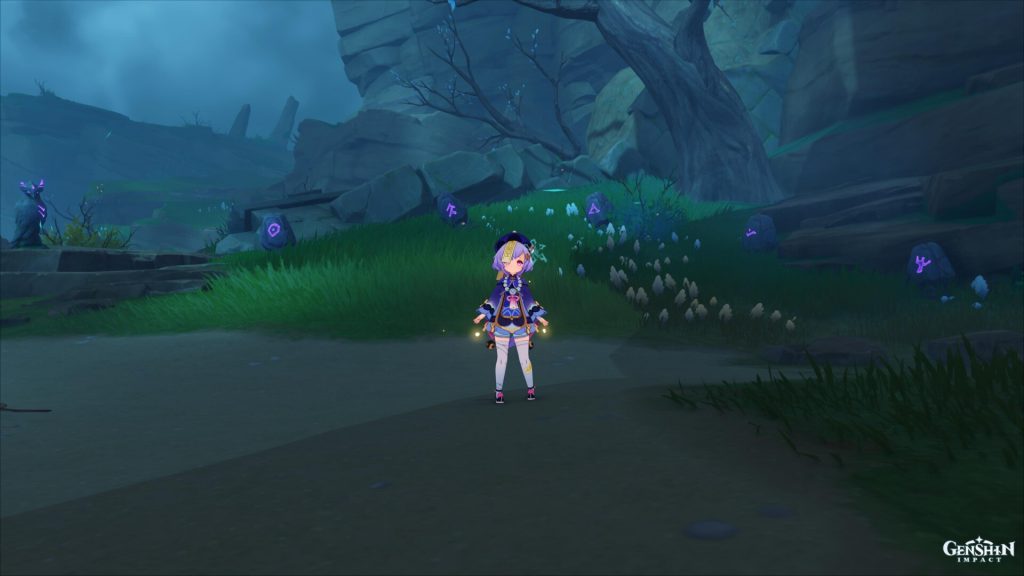 Assuming you’ve completed your tasks on Tsurumi Island during the previous day, then you’ll no doubt have access to Through the Mists – Octave of the Maushiro. This is the second phase of the world quest, and it entails visiting new locations. One of these areas happens to be Wakukau Shoal. Here’s our guide to help you with the Wakukau Shoal Mystery of the Stones puzzle in Genshin Impact.

Note: For more information about the game, check out our Genshin Impact guides and features hub. Likewise, you can take a look at our main guide for Through the Mists (Day 2) – Octave of the Maushiro.

After acquiring the Peculiar Pinion gadget from Ruu, you’re told to visit Moshiri Ceremonial Site. Talk to three groups of NPCs here, and you’ll be told to head to three locations. Unlike our tasks during the previous day, we have to go to these places in order.

Our first objective is to head to Wakukau Shoal which is actually very close to Moshiri Ceremonial Site. Once you’re there, you’ll notice an eagle statue next to several stones. Activate the Peculiar Pinion to spawn an Electro Seelie. Follow it as it floats down.

Note: There might be other secrets here, but we’ll primarily focus on our objective for the Mystery of the Stones puzzle in Wakukau Shoal.

The Electro Seelie that you’re following will go near another eagle statue. Use the Peculiar Pinion once more to reveal an illusion of a man named Ipe. He seems to be talking to someone whom you can’t see.

Likewise, the nearby statue will reveal five rocks with odd symbols. To find the clue, look for another statue close to the water. There’s another Electro Seelie here that you need to follow. Once it reaches its destination, the clues, known as Ishine Script, will be revealed. 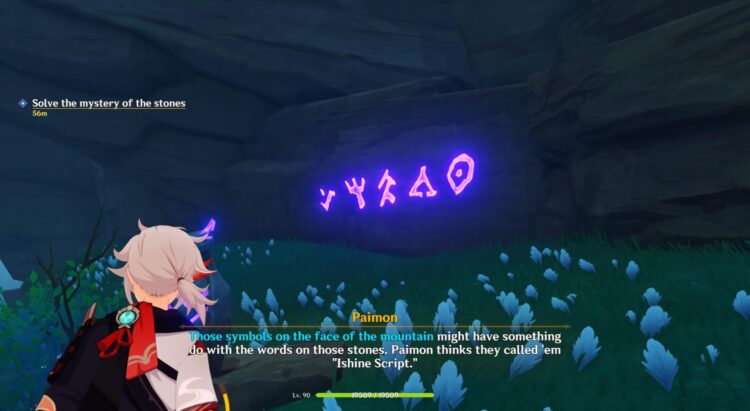 Based on the symbols above, you’ll have to use Electro abilities or attacks to activate the rocks in the correct order. I suggest using someone like Fischl here to speed up the process.

When all symbols are lit, you’ll complete the Wakukau Shoal Mystery of the Stones puzzle in Genshin Impact. Next up, we’ll have to travel to Oina Beach. 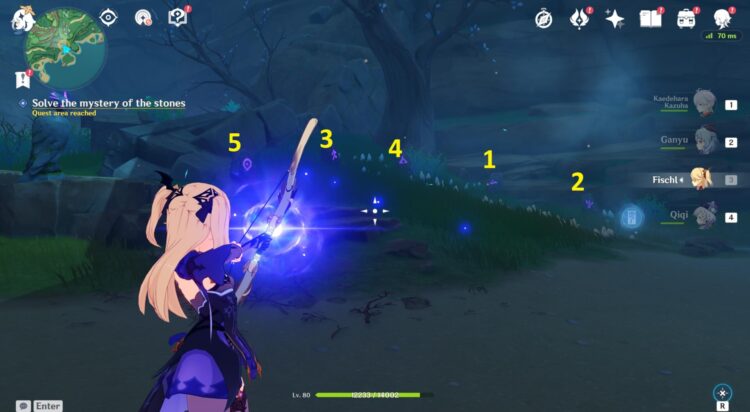