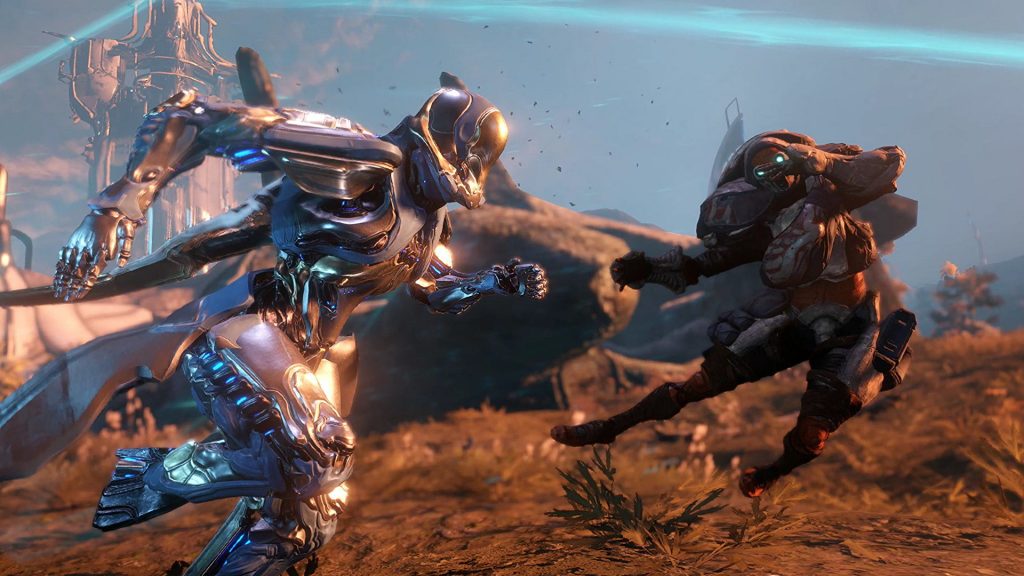 The Warframe fan event, Tennocon, is returning on July 17th. It’ll be digital-only again for the second year in a row, but as per usual Digital Extremes are promising that there’ll be glimpses of new things coming to the eight-year-old shooter. Usually that means the game’s next major expansion.

While the stream is free to all, there’s a Tennocon 2021 Digital Pack available for £17/$25 that offers commemorative in-game items and currency. There’s also a £45/$45 Merch Pack that has a shirt, event badge and other physical commemorative items.

Merch and digital tat aren’t my thing, but 50% of the money generated by sales of the packs will be donated to the Unity Project, a charity in London, Ontario (where Digital Extremes are based) that provides “emergency shelter and supportive housing for adults and youth of all genders who are struggling to escape and avoid homelessness.”

Last year’s Tennocon saw the announcement of the Heart Of Deimos expansion, in which you could ride a giant dragonfly on a moon in the grip of a parasitic infestation. Each year’s Tennocon announcement has seemed to be bigger than the last, so I’ll be interested to see if they can top it again.

You can read more about Tennocon over at its homepage, where you could also spend the next 83 days, 8 hours, 32 minutes and 32 seconds watching a countdown clock.