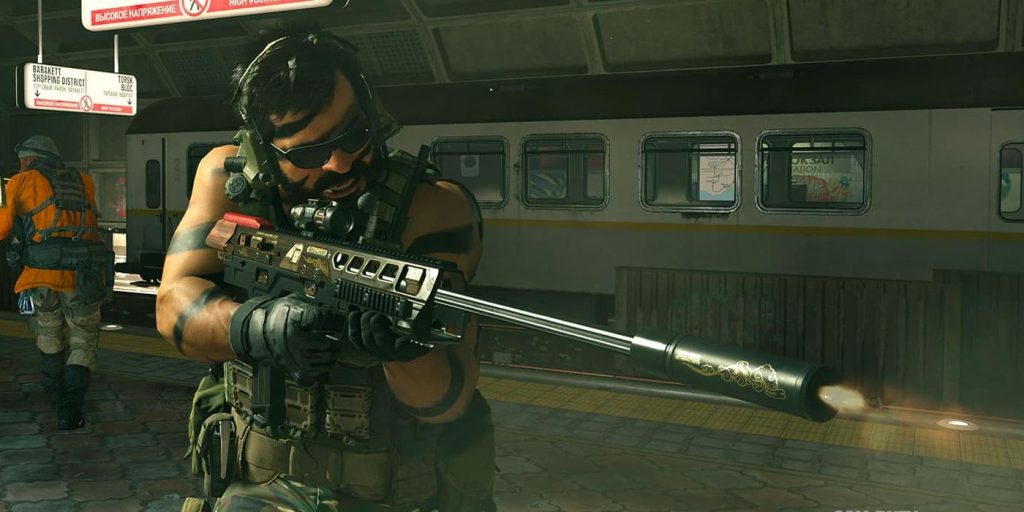 A Call of Duty: Warzone bug is causing a massive framerate drop after fans use a particular sight on any of their favorite weapons.

The game is currently filled with powerful weapons that determine the current Call of Duty: Warzone meta. While this bug has not impacted the meta in a major way, it does affect the AUG and its ability to hit targets. To the disappointment of many fans, this bug is not limited to only the AUG and causes an unintended effect on multiple weapons.

In a clip posted by Envirian on Twitter, the fan calls out the Bullseye reticle for being bugged on his AUG. In the clip, he clearly demonstrates that the Call of Duty: Warzone AUG does not experience issues when the sight is unequipped, but when he switches to the Bullseye version the weapon experiences a massive bug. The glitch manifests as a dramatically reduced framerate and is connected to a previously reported glitch affecting the Tundra rifle. Where many fans believed that the sniper itself was the culprit, this clip shows an AUG using the same sight.

It did not take long for the Call of Duty: Warzone community to figure out what the problem was. The Bullseye sight seems to be causing a massive frame rate reduction when used within the game. This Call of Duty: Warzone lag is so severe that it can prevent players from hitting targets and if used while in the air can often prevent parachuting.

Raven Software seems to be unaware of the problem according to its Trello board. While Activision has not directly addressed the bug, it is severe enough that many fans believe a fix may come sooner rather than later. This Call of Duty: Warzone glitch can easily be avoided by switching sights, but many fans are disappointed that they would have to make that change in the first place.

There are tons of different Call of Duty: Warzone glitches that the developers are actively handling. While it may take some time, the development team is sure to notice this bug and implement a fix during one of their weekly patches. Until then, fans are recommended to avoid the Bullseye sight until further notice.

Everything Revealed About PSVR2 So Far