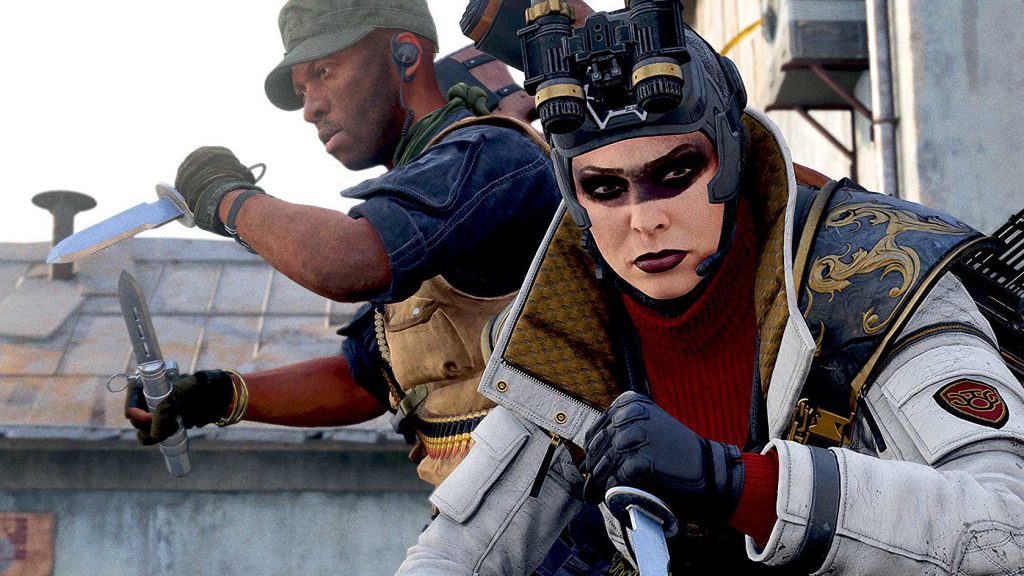 While Warzone players are expecting an explosive end to the current season on Wednesday, the devs have confirmed that the next won’t actually start until Thursday the 22nd. Last night they laid out some of what to expect from Season Three of Warzone and Cold War, with new weapons including a spring-loaded ballistic knife and a baseball bat. They’re still not saying what will happen in Warzone on Wednesday, but let’s focus on the important detail: KNIFE GUN. Plus, they’ve nerfed the Sykov.

They’ve been teasing for a while that “the end is near”, with something happening in Warzone at 8pm (noon Pacific) on Wednesday, April 21st. A Season Three blog post last night explained that the new season will start on April 22nd, following a Warzone patch due to hit at at 9pm Pacific on the 21st (that’s 5am Thursday for us).

Many players assume that the Warzone season finale will involve nukes, given that zombies are rampaging across the island, missile silos have been opening, and, uh, possibly due to a bug, missiles have already been seen falling:

Verdansk has officially been nuked 🤣 pic.twitter.com/r7UHmTMBGa


An 80s overhaul for the island is expected too. That’s Soviet 80s, mind, not Miami Vice 80s. Officially, it’s still all a secret. The blog post says they’ll give instructions at 8pm Wednesday.

“Is a conflagration imminent?” asks yesterday’s post. “The answer is still unknown, though it is recommended you clear your schedule for the week and ready yourself for a crescendo of utter chaos within the Warzone. Be certain you’re available for Operation Rapid Sunder throughout Wednesday, April 21 and beyond.”

The Warzone update will be 25GB on PC, and the Cold War update 13GB. The blog post has loads of info on new maps and modes and and operators things in Cold War Season Three too, as well as the new weapons coming. Such as KNIFE GUN.

Before all that, Raven Software have nerfed the notorious new gun, the Sykov. Previously, you could dual-wield the pistol and just spray murder. Now, you move 5% slower with akimbo Sykov, the 80-round drums (80 rounds! in a pistol!) slow your movement speed by 5% and ADS movement speed by 7%, and giving the Sykov the 140mm Auto barrel and 80-round drum will reduce its damage by 25%.

Raven recently said they also have plans to do something about Roze’s daft Rook skin, which dresses her all in black and lets her vanish way too easily in dark areas.