Watch Out for Wooper Event 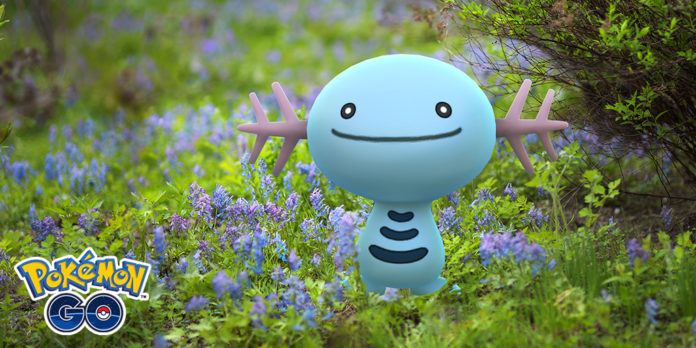 As a surprise update to The Games Award Team Go Rocket event, Wooper spawns have been massively increased, and shiny Wooper has been released!

Here is what the official blog post has to say:

‘Watch out for Wooper—they’re now appearing more often in the wild! If you’re lucky, you might encounter a Shiny Wooper. Also, be on the lookout for Team GO Rocket Grunts appearing in balloons and taking over PokéStops more frequently. We’ve even received word that Team GO Rocket has turned Wooper into a Shadow Pokémon! Don’t forget—until Friday, December 11, 2020, at 4:00 p.m. PST (GMT −8), you can use a Charged TM to help a Shadow Pokémon forget the Charged Attack Frustration!’

Shiny Wooper and Quagsire are listed below, with both of their genders:

Male and female Wooper and Quagsire do have slightly different appearances. The female Wooper has only one set of gill branches, and the female Quagsire has smaller dorsal fins running down her back. What gorgeous pink shinies! 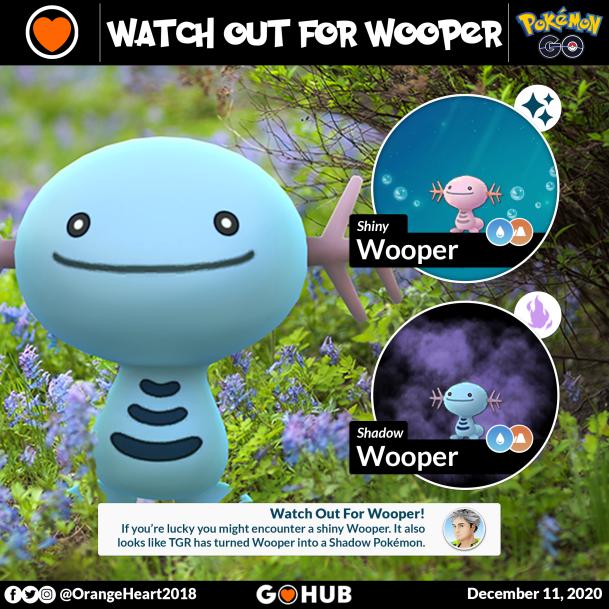 The increased Wooper spawns will last till 11th December 4pm PST, when this mini Team GO Rocket event ends. Shadow Wooper has also been added to the Team GO Rocket line, available in both the ‘You’ll be defeated into the ground!‘ Grunt line up, and the ‘These waters are treacherous‘ Grunt line up, as it is a dual Water and Ground type. You can check our Rocket Grunts Guide: Counters & Lineups for all Grunts in Pokémon GO for counter information.