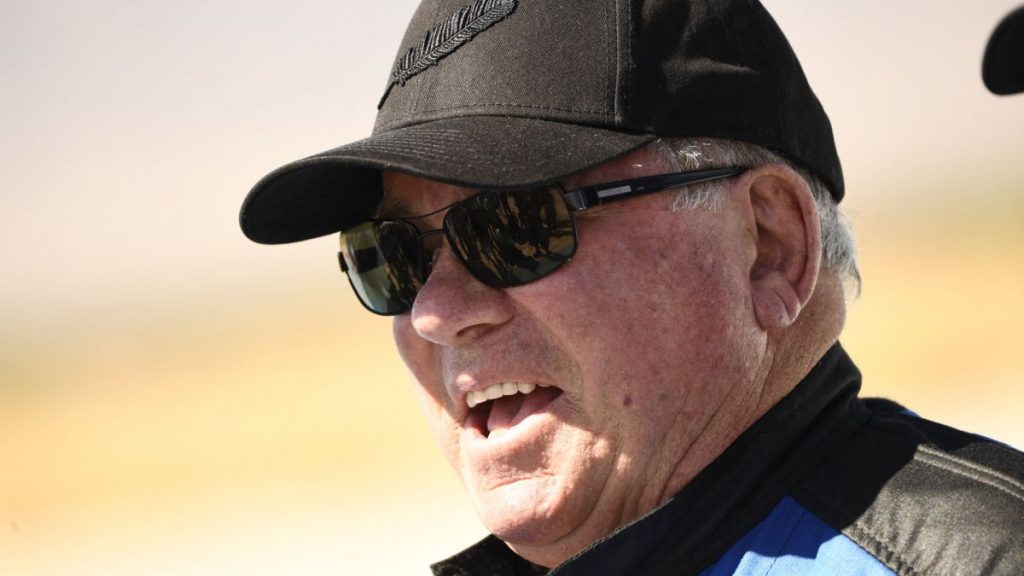 William Shatner has been a lot of things in his life, but to just about everyone he’s known first and foremost as Captain Kirk, the over-emoting head honcho of the USS Enterprise on the original Star Trek television series. Today, he took a step into space in real life as a passenger aboard Blue Origin’s New Shepard suborbital vehicle.

The journey makes Shatner the oldest person to go into space—a record that may hold up for a good while given that the man is 90 years old. The flight only took around 10 minutes, according to the BBC, carrying them just over 100 kilometers up, but despite that relative brevity Shatner indicated upon his return that the experience was transformative.

“The covering of blue, this sheet, this blanket, this comforter of blue that we have around us—we think, oh, that’s blue sky,” he said in full-force Shatner style after touchdown. “And then suddenly you shoot through it all, as though you whip the sheet off you when you’re asleep, and you’re looking into blackness—into black ugliness.

“And you look down, there’s the blue down there, and the black up there. There is Mother Earth and comfort, and there is—is ‘there’ death? I don’t know. Is that death? Is that the way death is? Whoop, and it’s gone. Jesus.”

William Shatner after becoming the oldest person to reach space:”I am so filled with emotion about what just happened. It’s extraordinary, extraordinary … I hope that I can maintain what I feel now, I don’t want to lose it.”https://t.co/nrLuu43XsD pic.twitter.com/XytPxkk7vaOctober 13, 2021

To be clear, Shatner and his fellow passengers—Blue Origin vice president Audrey Powers, Planet Labs co-founder Chris Boshuizen, and Dassault Systèmes executive Glen de Vries—did in fact travel to space. I wouldn’t necessarily call him an astronaut because the whole process is automated, so everyone just straps in and hopes for the best. But as Astronomy.com explains, the Kármán Line, at 100 km above the surface of the planet, is widely accepted as the boundary between Earth and outer space, and if you make it over that line, you’re in the club.

(By way of comparison, the International Space Station orbits Earth at roughly four times that altitude—an average of just over 400 km.)

Shatner’s record as the oldest human to go into space surpasses that set by actual astronaut John Glenn, who served as a payload specialist aboard the space shuttle Discovery during the nine-day STS-95 mission in 1998, when he was 77 years old. It’s not known how much Shatner paid for the ride, but a comparable suborbital jaunt with Virgin Galactic currently costs $450,000.

Believe it or not, that’s relatively cheap: In June, an anonymous bidder dropped $28 million to ride the New Shepard rocket alongside Bezos, although he was eventually replaced by the son of a private equity firm CEO. In 2008, Richard Garriott sunk $30 million into a 12-day stay on the International Space Station, although he at least did a few useful things while he was there, including smuggling aboard the ashes of Shatner’s Star Trek co-star James Doohan, who played the role of chief engineer Montgomery Scott.

Lest there be any doubt, Shatner also has some legit PC gaming connections to go along with his television, movie, and music fame: Aside from all the great (and not-so-great) Star Trek games he helped inspire, he appeared in FMV segments of the Tekwar FPS (which makes sense, since he’s the credited author), promo’ed the old VIC-20, and gave us the Shatner voice pack for Elite: Dangerous.