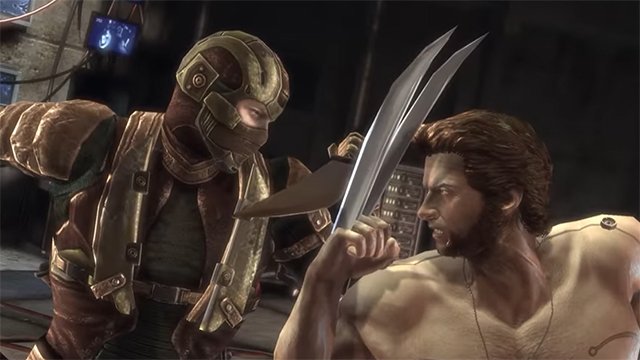 Insomniac Games’ Wolverine was one of the surprise reveals in Sony’s September Showcase. The Spider-Man developer has a pedigree that makes it easy to have faith in its take on Marvel’s clawed hero. That title is pretty far away though — it wasn’t even given a vague release window — but there is already a great Wolverine game players can play in the meantime: 2009’s X-Men Origins: Wolverine.

It’s rare for video games based on movies to be any good and it’s even more rare that the game’s quality surpasses that of the movie. The game even has almost twice the Metacritic score. Part of this quality has to do with the having extra time given to the developer, which isn’t always the case with licensed games. Delaying the film a whole year gave Raven Software crucial time it needed to polish up the game, which, again, is almost never afforded to games based on movies as they are often underfunded and rushed out to coincide with the film. It even passed certification on its first go.

But it goes deeper than just quality as Origins was able to be more true to the character because of its higher age rating. The film was rated PG-13 whereas the game was a hard M. Wolverine earned this rating as he was able to slice and dice his foes with the appropriate amount of blood a game about a man with blades in his hands should have. The films were rated PG-13 all the way until 2017’s Logan, making this game the first mature-rated look Hugh Jackman’s portrayal of the character. Raven Software went into the game with the dismemberment as a key pillar and, according to a recent Just Add Monsters retrospective, pushed hard for it. After seeing a demo, Marvel and Activision agreed and did not dial it back when it later became attached to the film.

Even though Logan chewed through enemies in cutscenes, the violence in the game was most prevalent in the gameplay. As did many games of that era, Origins took inspiration from God of War, but unlike many of those other imitators, it had its own ideas. Combat offered players a variety of different options from a slew of combo moves, immensely satisfying counter, environmental executions, special abilities, aerial juggles, grabs, to a far-reaching lunge that kept the downtime to a minimum; the latter of which being the most faithful to Wolverine’s style.

The game’s general responsiveness — a must for an action game like this — also provided the bedrock of a great hack-and-slash game and its variety ensured that its foundation didn’t go to waste. Some of it can grow repetitive and it is fairly easy on the standard difficulty, but it doesn’t overstay its welcome too long over its eight or nine-hour campaign. Origins also wasn’t as clean or as stylish as God of War or Devil May Cry, but it had dramatically better mechanics than its other contemporaries like Dante’s Inferno, Heavenly Sword, and Darksiders II, just to name a few.

The violence was even reflected on Logan’s character model, too. His healing factor is a key part of the game, meaning his body reforms in real time from his skin to his muscles all the way down to his skeleton. And, in a great attention to detail, his shirt will rip and tear but not regenerate when he does (although his pants are indestructible so don’t expect a naked Wolverine at the end of each level). While it is a bit limited by the tech of its time, it still mostly looks solid and was an intelligent way to implement such a tried video game trope into the game itself. However, it’s going to be a tough game to track down. As is the case with many Marvel games, it was delisted from digital storefronts in 2014. And since it was a game from two console cycles ago, physical copies obviously aren’t still being printed. Discs on eBay range from $20 to $40; quite a price for a 12-year-old game. And even if players fork over the extra cash for a used disc, the PlayStation 4 and PlayStation 5 can’t even play PS3 games and the Xbox 360 port isn’t backwards compatible on the Xbox One or Xbox Series X|S.

There are a lot of barriers in front of people, but those who persist will be treated with a game that is better than it has any right to be. Insomniac hasn’t spilled any meaningful details about its Wolverine game so it’s unclear what it will look or play like. But those looking forward to what Insomniac will do with a solo Logan game should scavenge through some bargain bins in the meantime to try and find Raven’s solid 2009 action title. X-Men Origins: Wolverine may have been one of the worst X-Men films and while the game has a similarly bad story and doesn’t push the action genre forward, it at least offers a more true and fun look at the iconic character over its silver screen counterpart.