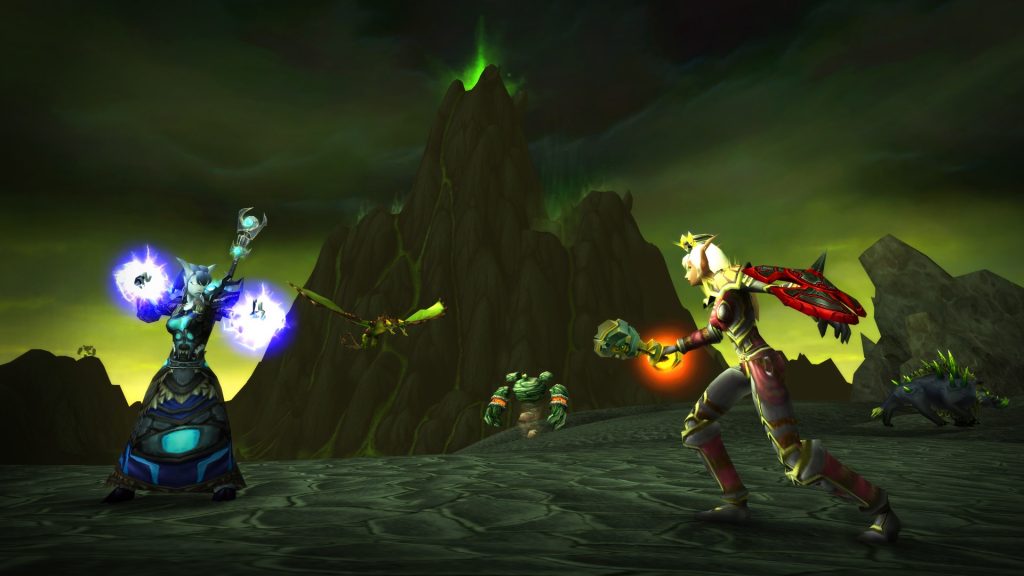 World of Warcraft Classic players, get ready: Burning Crusade Classic, the recreation of the first expansion of the original WoW, is set to launch on June 1. And I don’t say “get ready” to sound pithy: Players have until May 18 to make some decisions regarding what they wish to do with their existing WoW Classic characters before the pre-expansion patch goes live.

Revealed earlier this year at BlizzCon, Burning Crusade Classic recreates the original expansion pack, adding new areas and two new races: The Blood Elves and the Draenei. The level cap also goes up to 70. It’s free for anyone with a WoW Classic subscription. However, if you’ve already got a character in WoW Classic, you’re going to have to make some choices starting on May 18.

On that day, according to Blizzard, “all WoW Classic realms will move or progress to the Burning Crusade Classic expansion. Simultaneously, we will open new Classic Era realms which will remain at the Shadow of the Necropolis patch 1.13.6.” Starting that day, the game will create a clone of your character as they exist at the time the patch goes live, one for Classic Era and one for Burning Crusade. You will then have to decide if you want them to go on to Burning Crusade or to bring them back to the Classic Era servers. Once you decide, you lock the character into that choice, as the “clone” created for the server you don’t choose will be deactivated.

At the time the expansion was announced, there were reports that there would be a paid cloning service that would let you have a version of the character in two places — and we now know that’s true. It’ll cost $35 to activate both clones. Also, players who want to get their players up to level 58 before Burning Crusade Classic can purchase a one-time booster starting May 18, though they won’t be available for Blood Elf and Draenei characters, who will be available to use starting the same day.