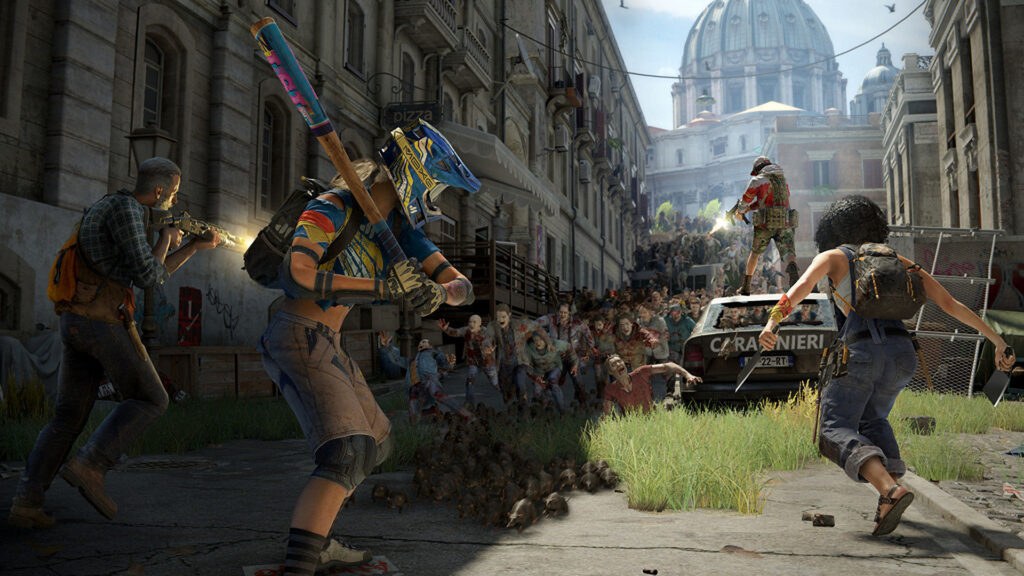 This E3 had a lot more zombies than I was expecting, but you know what? I’m always down for more co-op zombie shooter shenanigans. World War Z developers Saber Interactive have announced a new version of the game, World War Z: Aftermath, which will arrive later this year. It will add new zombs, a new melee system, first-person mode, cross-platform multiplayer, and a bunch more. Aftermath will cost $40 for the whole thing, or $20 if you already own WWZ.


World War Z is a third-person Left 4 Dead-like where you and three pals go on missions while zombie hordes try to murder you. It’s inspired by the film of the same name, you know, the one that has Brad Pitt in it (decent film, from what I remember).


Aftermath is adding full PC and console crossplay, so you’ll be able to play with your pals regardless of what platform they’re on. It also adds a new class, Vanguard, so you’ll all get to fight over who gets to play the new thing (the devs don’t specify what Vanguards actually do, however).


This new melee system brings “unique moves, perks and dual-wield weapon options”. You can spot a dude using a couple of sickles in the trailer above, which looks pretty cool. The new enemy types include “swarms of flesh-hungry rats”, which sounds unpleasant.


Aftermath includes the whole original game, as well as all the extra bits from it’s Game Of The Year edition (which lets you explore New York, Moscow, Tokyo and more). On top of that, it brings new characters and a horde mode.


World War Z: Aftermath arrives later this year on PC, PS4 and Xbone. It’ll cost $40, though if you already own WWZ you can buy Aftermath as an expansion for $20. Head to the game’s Steam page for more info.

If these aren’t the zombie hordes you’re looking for, E3 brought news on plenty of other Left 4 Dead-like games too. Back 4 Blood is getting an open beta in August, while the studio co-founded by L4D’s writer are battling alien hordes in The Anacrusis, and Arkane Studios announced vampire-slaying co-op game Redfall.

E3 2021 runs June 12th-15th, with more events around it. Please see our E3 stream schedule for more, genuinely useful information on the whole virtual shebang, and visit our E3 2021 hub to stay up to date on the news.