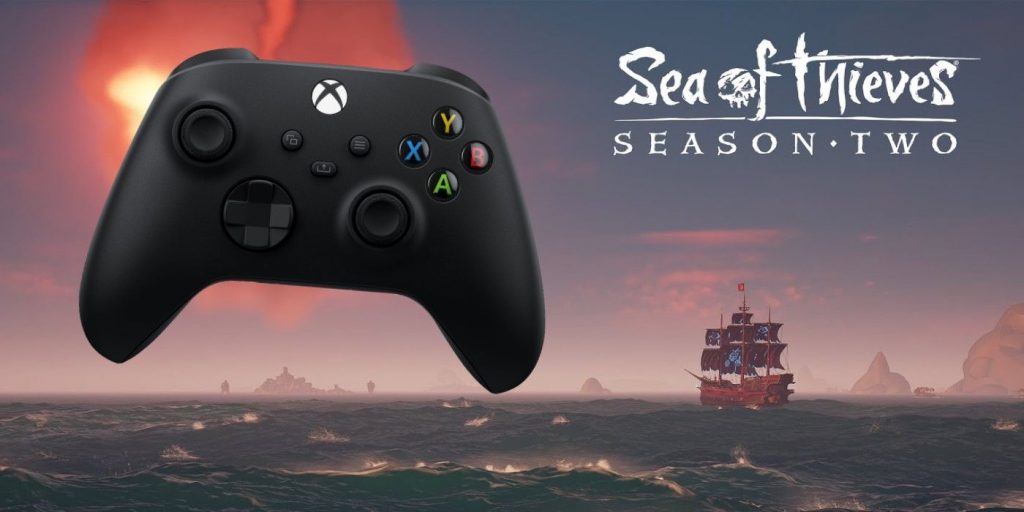 To celebrate the beginning of Season 2 of Sea of Thieves, Xbox gives away a special limited edition Sea of Thieves Xbox controller.

Many have been looking forward to the newest season of the Xbox exclusive title. Season 2 of Sea of Thieves brings more trials and trade routes, new events, gameplay improvements, and more. For at least one lucky person, it may also bring about a new Xbox controller.

The Australian and New Zealand Xbox Twitter page invited fans to join it to celebrate the launch of Season 2 of Sea of Thieves. Fans were also able to “Like” and “Retweet” the posts for the opportunity to win the Limited Edition Sea of Thieves Xbox Wireless Controller. The controller itself is gold in its design and looks like something directly out of the game; a collector’s item to be sure. Whether or not the controller is something that players would want to trade in Sea of Thieves or keep for themselves is a very good question.

Look to the Sydney skies tonight, and you might just find some treasure!

Join us from 10:30pm AEST* right here on Twitter to celebrate Season 2 of @SeaOfThieves with a live Drone Show above Sydney Harbor! pic.twitter.com/oxRqr13qQV

Tune in, raise your tankard and potentially score your very own Limited Edition Sea of Thieves Xbox Wireless Controller! Just 💚 & RT this post for your chance to win! pic.twitter.com/SVsMpB2zq8

Upon seeing the limited edition controller, many fans want to see the Sea of Thieves controller available for sale, as it is quite impressive-looking. Perhaps that will happen at some point; time will tell. The Xbox Design Lab will be returning this year, which allows players to create their own unique controllers. But unless it changes and also grants fans the opportunity to add emblems, logos, etc., something like this Sea of Thieves controller will not be possible within the Xbox Design Lab.

Sea of Thieves made the jump to seasonal updates recently and so far it looks as if the move was a wise one. Although the game first launched in March of 2018, it appears to be as strong as ever, and a seasonal approach allows the developer to tackle each update with a specific focus on improvement, themes, and more. Not only does the community have a better understanding of when each update is coming and what the season is about, but the developer can hone in on those updates with a bit more distinction (along with communication to the fans).

Sea of Thieves is available now on PC, Xbox One, and Xbox Series X|S.

MORE: Sea Of Thieves: Every Type Of Megalodon And How To Defeat Them

Ever since Jonathan first laid his eyes on level 1-1 in Super Mario Bros., he has been hooked on all things video games. A self-proclaimed Nintendo nerd, Jonathan has owned every single Nintendo console (save the Virtual Boy) but also became a big fan of Xbox and PlayStation once the 2000s rolled around. Through news, features, reviews, and previews at Game Rant, Jonathan believes it is just as important to be critical in journalism as it is to be thrilled about the joy that top-notch game design can provide.