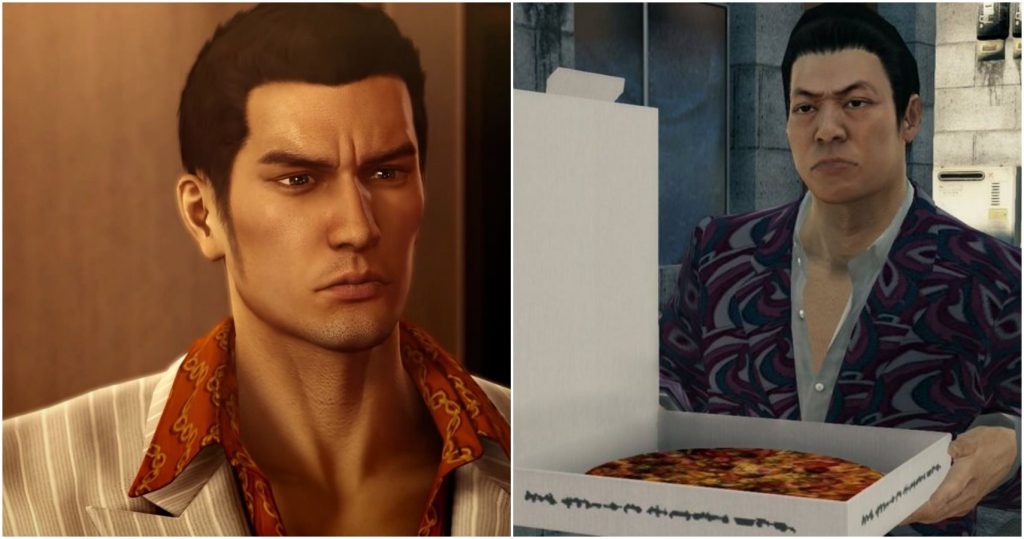 Yakuza 0 is the first entry of Kazuma Kiryu’s story (even if it’s the second to last game released in his saga). Taking place in the 80s, it explores Kiryu’s early life as a yakuza, and how the Millennium Tower came to be.

RELATED: 10 Hidden Plotlines Everyone Missed In Yakuza: Like A Dragon

Like every Yakuza game, there’s a ton of side content to do in addition to the main story. Kiryu gets a hefty amount of Substories in Yakuza 0, 20 more than Majima in fact. Thanks to Yakuza 0 being a prequel, characters from future games make appearances in the Substories. As always, they have their fair share of wackiness and tragic moments through the various Substories.

During the nighttime, there will be a massive line outside of Don Quijote. Turns out they are there for the midnight release of the latest video game Arakure Quest. Kiryu will talk to a kid waiting in line, who manages to get his hand on the game.

This triggers a wild goose chase when a punk steals the kid’s game. The cycle continues until the very end where you fight a yakuza who has wound up with the game. Turns out, the yakuza is the kid’s father, who had stolen the game to give it to him as a gift. It’s equal parts silly and heartwarming.

In Park Alley, there will be a man hanging around who is selling a variety of mushrooms. As sketchy as the location is, the mushrooms aren’t the drug kind, rather, but ones to eat. That doesn’t stop people from misunderstanding him, and Kiryu comes to his aid when a thug attacks him.

RELATED: 10 Things To Do After You Beat Yakuza: Like A Dragon

The setup is what drives this Substory to stand above others. Misunderstandings are a common theme in a lot of them, and The Mushroom Merchant is no exception. It also opens up the ability to befriend the merchant and have access to all sorts of mushrooms.

Emiri, Mach Bowl Receptionist is one of the Substories that simply unlock the ability to befriend a character. In this case, you’ll challenge the receptionist at Mach Bowl to a game and win to complete the Substory.

What makes it so good is what this leads into. You’ll have to keep playing her, and when you’re close to maxing out her friendship, she’ll challenge you to get a turkey (three strikes). Doing so will reward you with a chicken that Kiryu lovingly names Nugget, who then becomes a manager at his real estate company.

You’ll overhear two women talking about a fortune teller with eerily accurate predictions on Senryo Avenue that hangs out near the Champion District. Kiryu will get interested and head on over. There, she’ll be ambushed by an angry customer. Kiryu defeats them and the Fortune Teller rewards him with a free reading.

Her readings are all accurate as well, referencing later Yakuza games, from the events of the original Yakuza to Haruka and Morning Glory. She’ll even join your real estate company as an advisor — and one of the best, at that.

Sugar Daddy is a wild ride all throughout the Substory. It starts off sweet: a man trying to find and reconnect with his estranged daughter. He believes a hostess to be his daughter and asks Kiryu to meet with her, to which he obliges.

RELATED: 10 Yakuza Memes That Prove The Games Make No Sense

Turns out, the hostess’s story matches the father’s and agrees to meet with him. However, they’ve never met each other before and just happened to have the same backstory. Despite this, the two begin a friendship with each other. It’s absurd, but the kind of absurdity that Yakuza fans have come to know and love.

The straight-faced Kiryu being thrust into such a ridiculous scenario is what drives it home. He even unintentionally gets in on the action when he’s caught hiding in the room since he couldn’t run away before the client showed up. Turns out, the client is into it and Kiryu is forced to play along.

4 Heir To The Family

Fans of the Yakuza series know how important Daigo Dojima is to it, and Yakuza 0 has a young Daigo interacting with Kiryu. It’s always a treat to see what the characters were like before they were thrust into the spotlight down the line, and that’s what makes Heir To The Family so good.

It shows what Kiryu and Daigo’s relationship was like before the craziness of the Tojo Clan engulfed them both. It makes their bond in future games that much stronger as well, showing just how close they were.

3 The Show Must Go On

Kiryu is no stranger to getting himself entangled in the entertainment business, and The Show Must Go on is the shining example of this. While walking near Nakamichi Alley, a movie crew will ask Kiryu to act as a producer.

RELATED: 10 Tips To Make An Overpowered Character In Yakuza: Like A Dragon

This leads to him working on a movie set, having to guess movie terms on the fly. This can lead to a ton of funny interactions, including punching the set. Of course, it’s hard to be a Substory without a fight, and the old producer shows up to battle Kiryu. The Show Must Go On plays incredibly well into Kiryu’s habit of being a fish out of water.

Shinji is an important character in the original Yakuza/Yakuza Kiwami and is given some backstory in Yakuza 0 with A Shining Example. He starts off as someone who hates yakuza, attacking Kiryu with a pipe in an alley.

Later, Shinji is sold out by his gang and Kiryu comes to his aid. It is then that Shinji decides that he wants to aspire to be just like Kiryu and follow in his footsteps. It enhances Kiryu and Shinji’s relationship and cements the elements introduced in the original Yakuza.

Passport To Pizza is by far the funniest Substory in Yakuza 0. Kiryu encounters a woman in the Champion District and believes that she’s asking for a pizza, so he decides to go to Smile Burger to order one but they don’t have any. So, the employee helps Kiryu order one from a pizza place.

It’s then up to Kiryu to deliver it to the woman within a time limit before it gets cold. Upon delivery, it’s revealed that she was saying she needed a Visa, not a pizza. You’ll fight her boss, and it turns out he’s in love with the woman. The two agree to get married, and the trio enjoys the pizza together.

Next: Yakuza: Every Karaoke Song In The Games (And Who Sings Them)

Johnny Garcia is a long time gamer and writer based in sunny California. Having worked many odd jobs, including article writing, he is now a list writer for TheGamer.com. Having grown up around video games and being raised on them, his knowledge of video games is as high as it can be. Aside from video games, he also has an avid interest in trading card games, namely Yu-Gi-Oh and Magic the Gathering.