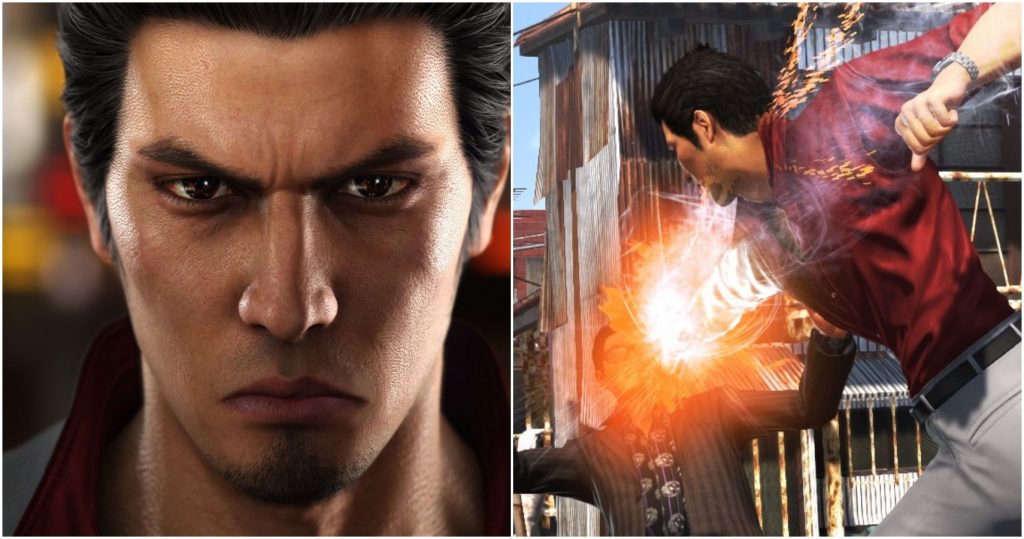 As the finale to Kiryu’s story, Yakuza 6 features his first appearance in the Dragon Engine. Many changes came along with the Dragon Engine, including an all-new upgrade system. With multiple types of experience points, upgrades are more in-depth than ever before.

RELATED: 10 Hidden Plotlines Everyone Missed In Yakuza: Like A Dragon

You can boost your overall stats, or learn new techniques to improve Kiryu’s combat. Like all Yakuza games, some upgrades are better than others. Some help speed up your ability to upgrade, while others will help you destroy your enemies. In Yakuza 6, Kiryu can become quite the tank, being able to both take and deliver powerful blows.

In order to get your upgrades as quickly as possible, you will want to get the skills that help boost your experience point gain. Unfortunately, you will have to buy the EXP Gain Boost skill for each kind of experience point, five times each.

Luckily, the tiers don’t require too much experience to unlock. As such, it’s best to get these skills early to make it easier to get the upgrades you want down the line. They’re a simple skill, but quickly add up as you progress through the story and Substories.

In Yakuza 6, getting your attack blocked is much more harmful than previous entries. If blocked, your combo will be stopped dead in its tracks. This makes it especially hard to land finishing moves.

RELATED: 10 Things To Do After You Beat Yakuza: Like A Dragon

Luckily, the Charge Attack upgrade helps to work around this mechanic change. In the middle of a Rush Combo, you can hold down your finishing move button in order to charge up a powerful attack. This tends to break through blocks and deal out very powerful damage. It’s one of the best moves to utilize in all of Yakuza 6.

In Yakuza 6, it’s not uncommon to have to fight giant hordes of enemies at once. While you usually have allies to assist you, it makes it hard to take care of enemies without getting hit yourself. As such, items on the ground are better than they’ve ever been.

Collateral Damage helps to do even more damage to hordes. With it, you do more damage to enemies that are hit by moves that aren’t focused on them. Mixed with Kiryu’s wide attacks while attacking with an item, it’s the best upgrade to deal with clusters of enemies.

Getting hit in Yakuza 6 is potentially deadly, and can send you flying down to the guard if you’re not careful. The Enhanced Counter upgrade can help punish enemies that try to attack you.

With it, you will do more damage to enemies in the middle of an attack. If you’re in the center of a giant horde fight, you’ll likely be attacked from all angles. With Enhanced Counter, you can swap between targets and do the optimal amount damage to each one. Without it, the damage will be much smaller and lead to much longer and harder fights.

With Yakuza 6, the opponent’s blocking is your greatest enemy. It’ll stop your combo and you’ll have to restart it from the beginning. Not only that, but you will also be stunned for a brief period of time where the enemies can attack you freely.

RELATED: Yakuza Like A Dragon: Every Playable Character You Can Have in Your Party

Relentless Blow makes that stun a lot shorter. You get your stance back much faster after being blocked, enabling you to block incoming attacks or start fighting back once again. Without Relentless Blows, it becomes much more difficult to deal with enemies and you’ll be taking much more damage than you’d need to.

Quickstep is Kiryu’s only true evasion move. He will jump backward or to the side, and avoid an enemy’s attack. This can be upgraded twice, enabling you to quickstep up to three times in total.

It is useful for both avoiding enemy attacks and getting behind them. From the back, opponent’s aren’t able to block, helping you do a full rush combo on them without having to worry about blocking. If you get caught in the center of multiple enemies, quickstepping is a great way to get out of danger.

Just like how blocking is the enemy’s best tool, it’s also Kiryu’s. Getting knocked down to the ground can be lethal, especially during boss fights. Being unable to guard is the main way this happens.

With Re-Guard, you can put your guard back up almost immediately after it gets broken. More often than not, this allows you to block an opponent’s full combo without getting hit. Mixing this in with quicksteps is the most optimal strategy for dealing with enemies, especially with how good defense is in Yakuza 6’s Dragon Engine.

In Yakuza 6, there’s a lot of enemies that swarm you. Sometimes, it proves to be too overwhelming despite having other upgrades and they’ll knock you down to the ground. You’ll be completely vulnerable while down like this.

With Quick Recovery, you can get back up almost instantly. Ideally, you’d never get put in the situation, but it’s much better to have it but not need it than to not have it at all. With the changes made with the Dragon Engine, combat is much harder, so having recovery is incredibly important.

In Yakuza 6, Kiryu’s starting combo speed is rather slow, making it harder to get to a finishing blow before blocking starts. Luckily, combo speed can be upgraded up to three times. This makes it so Kiryu can blow through enemies.

Boosting up Kiryu’s combo speed helps to take care of enemies much quicker, as well. You will be able to do more damage faster, on both common enemies and bosses alike. Combo speed is the best generic upgrade and should be maxed out as soon as you can do so.

It should come as no surprise to fans of the Yakuza series, but the Tiger Drop is back and as powerful as ever. It is far and away the best upgrade and most damaging move in the entire game. Using Tiger Drop doesn’t even use any Heat, either.

It requires your Attack stat to be 180 (and over 200 to get the upgraded version of it). Tiger Drop is much harder to hit in the Dragon Engine compared to previous entries, but you’re rewarded with some of the highest damage output in all of Yakuza 6.


Next
20 Free Games To Try If You Like Genshin Impact

Johnny Garcia is a long time gamer and writer based in sunny California. Having worked many odd jobs, including article writing, he is now a list writer for TheGamer.com. Having grown up around video games and being raised on them, his knowledge of video games is as high as it can be. Aside from video games, he also has an avid interest in trading card games, namely Yu-Gi-Oh and Magic the Gathering.