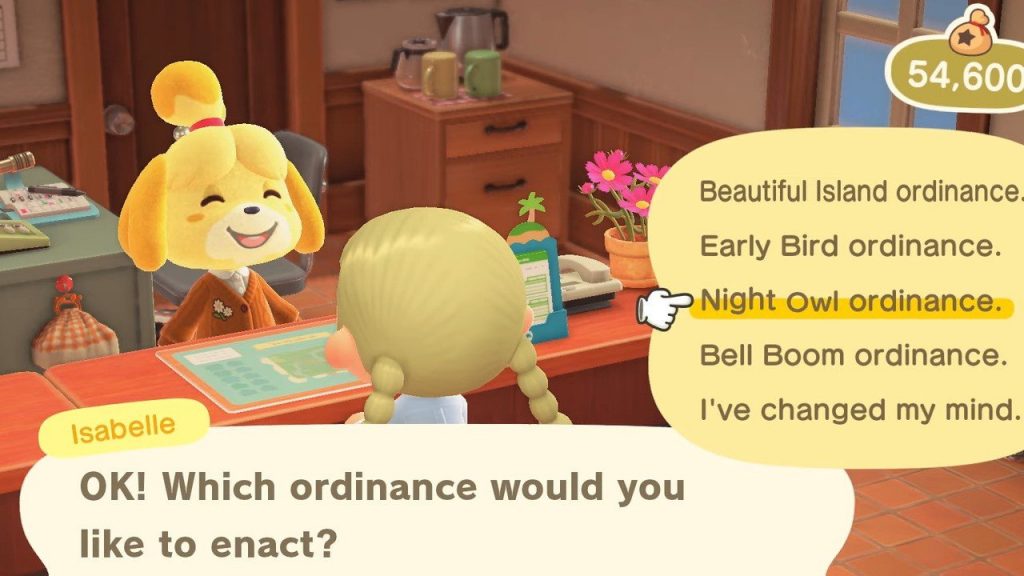 Nintendo shared a huge amount of news about Animal Crossing: New Horizons during its special presentation for the game this week, and while there’s so much exciting content to look forward – one feature in the next free (and final) update that we’re really looking forward to the return of is ordinances.

In case you missed it, “Island Ordinances” in New Horizons will act just like ordinances did in New Leaf on the 3DS – allowing you to play how you want to play – well, kind of. If you’re the type of person who only has time to play in the evening – you can set up a rule to make your island more active around these hours. If you’re more of an early bird, you can do the same. Want fewer weeds and more success when it comes to growing certain plants? No problem, enact the ‘Beautiful Island’ ordinance.

As you can see above, ‘Bell Boom’ is also included. It’s believed to be the same as the “Wealthy Town” option in Animal Crossing: New Horizons. Thanks in advance, Isabelle! Speaking of Isabelle – she’s the character you’ll have to go to enact all of these ordinances in New Horizons or turn things back to their regular old ways.

Are you excited about this handy quality-of-life feature finally making a return in New Horizons Version 2.0 on November 5th? Which one will you be making use of on your own island? Leave a comment down below.