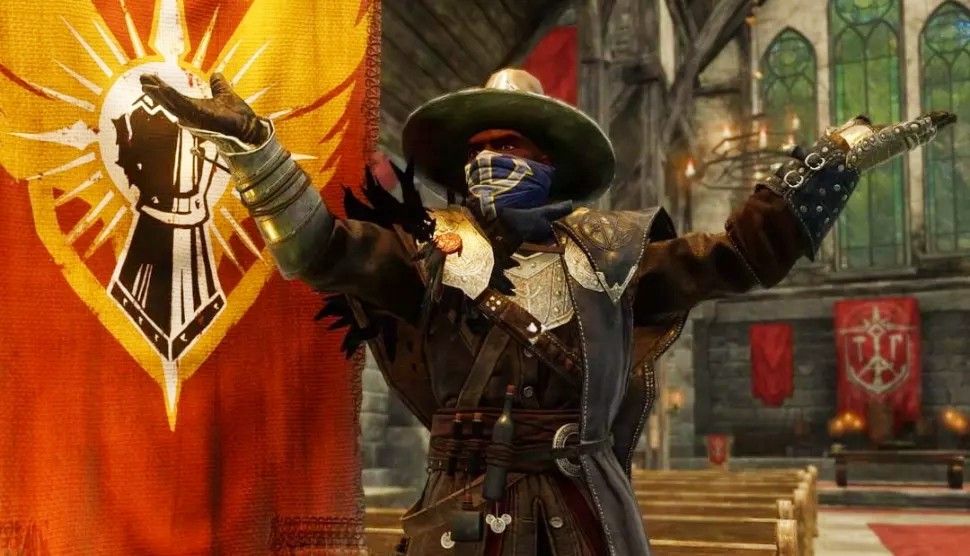 The first thing I did in Amazon’s New World was see if I could make fun of Amazon founder Jeff Bezos with my username, because of course that’s what I did, but Amazon was one step ahead of me. New World doesn’t allow the use of “Bezos” or “Amazon” in your player name. I had my heart set exploring the world as “Jeff Bezos’ Wallet.” Now what am I supposed to do?

After confirming that variants of Bezos like “JeffB,” “Bez0s,” and “Be Zos” were also locked out, I tried just going by “Amazon.” That word’s not allowed either. These names are clearly not locked because other players have already claimed them. When a name is already taken, it says, “This name is in use.” Names which include the words Amazon and Bezos, however, “cannot be used,” which is also what New World says when you type in swear words.

PC Gamer’s Chris Livingston had the bright idea to try “Beff Jezos,” and to our surprise, it wasn’t locked! It was, however, already taken by somebody with quicker wit than ours.

So why has New World deemed the name of Amazon’s founder on the level of swear words? We’ll see if Amazon gets back to us with a statement, but the obvious answer is that hundreds of players dunking on Jeff Bezos, the very dunkable richest person on the planet, in Amazon’s own game would make Amazon look slightly ridiculous. Same goes for the word Amazon itself (my backup name of “Unionize Amazon” is a no-go, unfortunately).

Judging by how many of our name variants have been shot down, I’m willing to bet there are a few more Amazon-adjacent words locked out that we haven’t caught yet. I’m a little obsessed with knowing what is and isn’t allowed now, so much that it might take me another hour or so to get to the game.